N is for the Nile 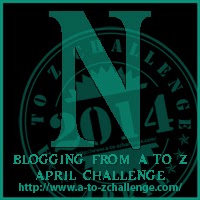 The Nile River was hugely important in ancient Egyptian times; without it, they wouldn't have been able to survive. It provided the ancient Egyptians with food, transportation, even building materials.


- The Nile is the longest river in the world; over 4100 miles long. As well as flowing through Egypt, it also flows through Sudan, Ethiopia, Uganda and Burundi.

- Most of Egypt is desert, apart from the areas along the Nile River. The Nile provided fertile land along its banks, where the rich soil was ideal for growing crops. The ancient Egyptians referred to this soil as the "Gift of the Nile". The three main crops grown by ancient Egyptians were wheat, flax and papyrus. Wheat was the main food staple, used to make bread. They also sold much of their wheat, helping them to gain prosperity. Flax was used to make linen cloth for clothes. Papyrus was used for paper, baskets, rope and sandals.


- The Nile would flood annually, around September, bringing fertile black soil so the ancient Egyptians could continue to use it for growing crops. The Egyptians measured the height of this flood using a Nilometer, to determine how good the crops would be that year. The flood was caused be snow and heavy rain near the source of the river, but ancient Egyptians believed that it was caused by the tears of Isis, as she cried for her dead husband Osiris.

- Mud from the Nile riverbanks was used to make sun-dried bricks, used for building. Ancient Egyptians were also able to get limestone and sandstone from the hills alongside the Nile.

- The Nile was a great means of transport in Ancient Egyptian times, since most of the major cities were built alongside it.

- The ancient Egyptian calendar was built around the Nile. It was divided into three seasons: a season for inundation, one for growing and one for harvesting.