I is for Inventions 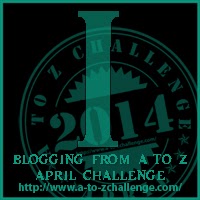 The ancient Egyptians invented a lot of things that we still use today.


- The pyramids - probably their biggest and most impressive invention.

- Make up - the ancient Egyptians are the ones who invented the kohl that we still use today. Both men and women would wear a lot of make up, especially around their eyes, because they believed it could cure and prevent eye diseases.

- Written language - everyone knows about Egyptian hieroglyphics, which started off as simple pictograms, which were developed over time.

- Papyrus - a plant which grows in the marshy areas along the Nile. It was used as a writing material for the ancient Egyptians.

- The calendar - the Egyptians needed a calendar so that they would know when the annual flooding of the Nile would begin. Their calendar, however, was split into three main seasons: inundation, growing and harvest. Each season was four months long, with 30 days in each month. This equalled 360 days a year, so 5 days were added as religious holidays.

- Breath mints - many ancient Egyptians would have suffered from bad breath because of their lack of dental care. The first mints were made with frankincense, myrrh and cinnamon boiled with honey.