B is for Board games 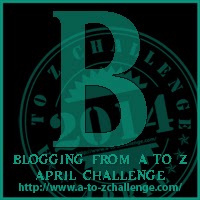 Yep, that's right. The ancient Egyptians loved board games just as much as we do - probably more, since they didn't have consoles or computers to play on. Board games were very common in ancient Egypt, and were played by people from all levels of society.

Archaeologists have found many game boards from ancient Egypt, but unfortunately not the rules explaining how to play the games. However, experts have made some educated guesses about how the Egyptians used to play these games.

The picture above is a game board for a game called Senet. Here's how you play:

- Throw the sticks to see how many squares to move your piece forward.
- If you throw a one, four, or six, you get an extra turn.
- You can't land on one of your own pieces.
- If you land on the other player's piece, you switch places with them. However, you can't switch with them if they have two or more pieces in a row.
- If the other player has three or more pieces in a row, you can't pass them.
- Some squares are ‘safe' squares and some are ‘danger' squares. You will learn what they are as you play.
- The first player to get all of their pieces off the board wins the game.


Another popular game was Mehen, particularly for the lower classes because the game board could be drawn or carved onto any surface. Wealthier Egyptians had game tables made on a pedestal. Players start at the tail of a snake that is coiled around the board. The body of the snake is split into squares, typically around 60. The object of the game is simple: be the first to get from the tail to the snake's head.