November 22, 2013
Celebrate the Small Things is a weekly bloghop hosted by Viklit over at Scribblings of an Aspiring Author. The idea is to post anything you want to celebrate from the last week.

- since I watched the first Thor last week, I was able to go and see the new one at the cinema on Tuesday, and it was awesome! I totally love Loki, he's such an awesome character. It's made me really want to watch The Avengers again, but I can't find my copy.

- I've been getting on quite well with NaNo - I'm hoping to have my 50k done by Tuesday, which leaves me four days to focus all my energy on packing!

- One week until the big move! My mum and I took a lot of stuff over to Hull (the city we're moving to) yesterday, so there's only little bits to take over now. It's all starting to come together, and that's equally exciting and terrifying!

- I took Misty to the vets on Wednesday to be spayed, and she was not a happy kitty when she came back home! She wouldn't let me near her, she hid away for the entire night. I'm celebrating the fact that she's much happier today, back to her lovely purring, chirpy self.

Now it's time for this month's Write, Edit, Publish post. I haven't had a lot of time, so it's just a basic post about my NaNo progress. 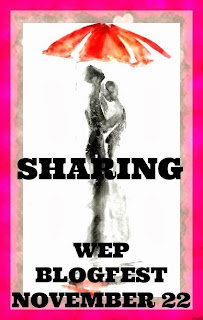 I've had a lot of fun this November. I am so glad I chose this story to write; there have only been a couple of times where I have been at a loss for words, and I've overcome them fairly easily.

The idea for the story I'm writing has been brewing in my mind for a long time; I actually attempted to write it for last year's Camp NaNoWriMo, but that just turned out to be 50000 words of nothing! I cast that story aside, but I started getting ideas for how to make it work earlier this year. I worked on those ideas in my head for a few months, and decided to try the story again for NaNoWriMo this year. When I was planning the outline in November, I had a great idea and everything seemed to come together.

I love this story. I love the characters, I love the plot and the subplots, and I love that it's not going to have a happy ending. Of course, it's only bare bones right now, like all of my first drafts are, but it certainly has the potential to become something so much more.

I'm at 38000 words right now, and hoping to reach the 50000 mark by Tuesday. If I had realised I was moving at the end of November sooner, I probably wouldn't have participated in NaNoWriMo, but I'm glad I did - it feels like I've accomplished so much more now!